How does mobile app backend development fit in the Software Development Equation?

A capsule study on hiring a Backend Developer!

But gradually with the increase in connectivity and improved capabilities, the applications became increasingly connected to the data sources and information that lived outside of the app itself. This made the apps dynamic, enabling the developers to update the user interfaces and content with data received over the network from (queries to data sources) = database.

How front end communicates with the backend?

The mobile app front end obtains data from the back-end through multiple service calls. These service calls occur via Application Programming Interfaces (APIs). These APIs may or may not be owned by the same entities who develop the mobile applications. These APIs are often managed by third parties who know the extent to which the permissions have to be granted. The developers are often required to sign contracts with the third-party companies (advertising, social media) to obtain credentials and a key that grants access to the API and governs how that developer can use it, how much will it cost, how frequently it may be called, how much data can be requested over the specified period, and likewise.

Front end vs. Backend: How is the front-end different from the backend?

The mobile front-end deals with the visuals on screen, the interactive part of the application catering to the user experience. The mobile front end resides on the device or the catalogue. Once the application is released/published, it is downloadable from the platform app store, side-loaded directly onto the device, or is accessible through the device’s browser. The database is the storehouse of information that all the clients fetch from the server. A developer or mobile application programmer is skilled in the programming languages and technologies for creating front-end applications. The following diagram depicts the basic enterprise integration on Azure. 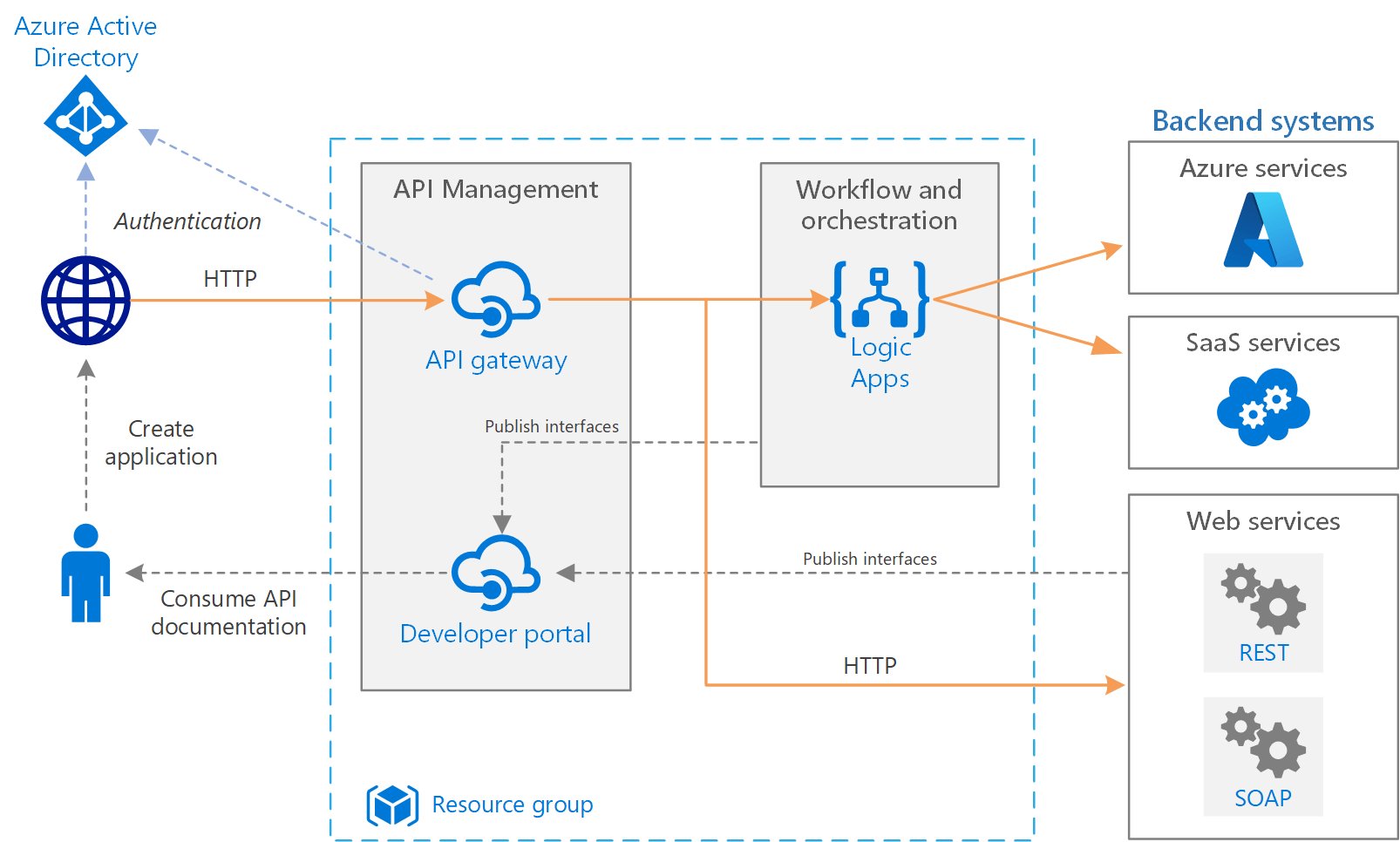 The right – side of the diagram shows various backend systems that ‘Azure’ has deployed. It includes SaaS systems, Azure web services that expose REST/SOAP endpoints.

Backend and Front end of the application work in conjunction allowing the users to use contact forms, and do any interactive activities while browsing a site.

Is cloud backend similar to the usual backend?

When mobile developers are not particularly skilled in running a back-end infrastructure, they may prefer to take advantage of a cloud services provider. Latter can be a backend-as-a-service provider. This lets developers focus on their front-end/back-end coding to build the features and functionality that they are building in their app, without worrying about the flexibility of the overall application.

How do Backend Services work?

Backend services can be in form of a database that contains all the information used in the app. Mobile developers need to be aware of the network location of the database, the protocol to access it, the credentials for authenticating and authorizing the data access and the exact commands to extract the required information (processed data).

Alternatively, developers can also make use of specialized API when interacting with the database. At this point, they have to be aware of the parameters needed to call a function. They can also develop such APIs themselves.

Developers use REST API for interacting with data sources on the cloud or cloud database. They use GraphQL API as it eases the integration of backend data in a mobile application, and offers to query support through a single API endpoint, and a data schema that can be used to build data models.

What should be the skills of backend developers?

Developers need to consider which technologies they need to build themselves and which ones do they need to hire (leverage third-party services). Besides, they can always leverage cloud-based services – Cloud Storage, Real-time and Offline Data, Application Logic/Cloud Functions, for maintaining backend infrastructure. Ready to jumpstart your career as a UX/UI Designer or Coder?